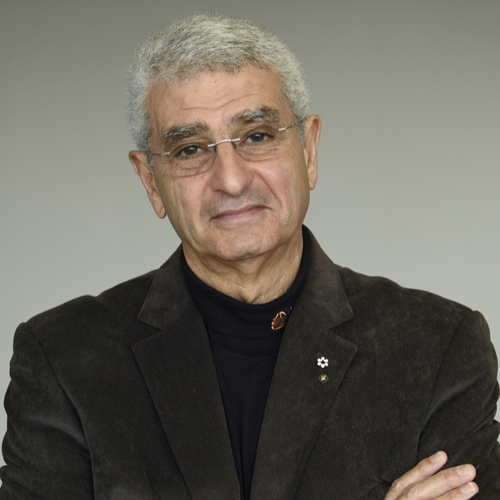 Dr. Seidah obtained his PhD in 1973 from Georgetown University, Washington, DC. In 1976 and 1983 he co-discovered the -endorphin and pro-Atrial Natriuretic factor, respectively. Since 1983, Dr Seidah is the director of the Laboratory of Biochemical Neuroendocrinology at the IRCM. Dr. Seidah discovered and cloned seven (PC1, PC2, Furin, PC4, PC5, PACE4, PC7, SKI-1 and PCSK9) of the nine known secretory serine proteases belonging to the proprotein convertases family. In 2003, he identified PCSK9 and showed that point mutations in the PCSK9 gene cause dominant familial hypercholesterolemia, Dr. Seidah has attracted more than 150 trainees. In 1991, he was elected fellow of the Royal Society of Canada and is the recipient of several awards, including the 1995 Medical Research Council Scientist Award, member of the Order of Quebec in 1997 and of the Order of Canada in 1999. In 2001, he received the McLaughlin Medal of the Royal Society of Canada. Since 2003 Dr Seidah has been endowed with a Tier-1 Canada chair on “Precursor Proteolysis”. In 2011, he was awarded the Wilder Penfield prize for the best scientist in Québec working in the biomedical field. In 2013, he was awarded the Queen Elizabeth II Diamond Jubilee Medal. In 2016, he was selected as the recipient of the annual CIHR-ICRH Distinguished Lecturer Award in Cardiovascular Sciences in Canada. In 2018, he was selected for the prestigious Akira Endo Award for his seminal contributions to PCSK9 that led to a new powerful treatment for atherosclerosis, and was also awarded the prestigious Lefoulon Delalande Award of the Institut de France for Research & Innovation in cardiovascular disease, as well as the 2019 McGill University Louis and Artur Lucian Award for research in circulatory diseases. He has been invited as a speaker nationally and internationally to give more than 465 presentations and is internationally recognized as a world leader in convertases and their physiological roles. His numerous publications tally more than 785 peer reviewed manuscripts. Pubmed cites Dr. Seidah as the topmost in Canada and the 1st worldwide working on “Proprotein Convertases” since 1971. His H index = 100, and his work has been cited more than 50,000 times.